Invoking the Universal Declaration of Human Rights and reiterating the state’s responsibility to provide assistance to the poor, Honduras Solidaria, an emergency response plan ordered by President Juan Orlando Hernández’s executive decree on March 28, is intended to help Hondurans at risk of starvation during the COVID-19 shutdown.

On paper, the sweeping emergency relief program, whose stated objective is “supplying food rations in a basic basket to at least 800,000 Honduran families” affected by the pandemic, marshals the Honduran Armed Forces and the National Police to deliver relief to the country’s most vulnerable. The bolsa solidaria, or “solidarity basket” as it is known, brings rice, coffee, sardines, flour, and hygiene products, among other essentials, to those trapped at home while the virus sweeps the country. It mobilizes 355 million lempiras ($14.2 million USD) to provide supplies to those unable to work to earn money for food and supplies. “I thank God, and the President, for remembering us, the poor people,” one woman said of the aid program in a government press release.

But according to many, the ruling conservative party, Partido Nacional, is both targeting delivery to supporters to expand their political base and neglecting communities with majority support for opposing parties. “The bolsas solidarias are arriving only and exclusively to the communities that are already aligned with the Partido Nacional,” Mario Argeñal, a teacher and TV show host in Danlí, told me over WhatsApp, speaking from his rural home in the El Paraíso Department near the Nicaraguan border.

This article originally appeared in Toward Freedom

Hundreds of people, many wearing medical masks, brought traffic to a standstill on an outer Tegucigalpa highway to protest the Honduran government’s response to the COVID-19 pandemic. They’re hungry, they say, demanding food and support.

Military police approach the crowd, assault rifles in hand. In a chaos of shouts, the first rounds are fired. A hail of stones thrown by the protesters come thumping and scudding on the pavement.

One of the officers levels his rifle above the protesters, firing a rapid succession of shots before jumping in the police pickup and stealing down the road. It is unclear if anyone was wounded in the confrontation.

The street battle caught on video in Tegucigalpa on May 8th shows but one face of the US-backed government of Juan Orlando Hernandez’s response to the pandemic. The government is besieged by mounting accusations of corruption and drug trafficking, and the coronavirus has ushered in a rise in hunger, corruption, state violence and repression.

In the countryside, land conflicts simmer, and many activists are worried they’ll soon boil over. Over the past decade, hundreds of peasant activists have been murdered by the Honduran military, sicarios, or state-allied paramilitary groups.

Quarantine has added a macabre new chapter to those conflicts: unable to leave their home while death threats against them continue, activists have become sitting ducks. 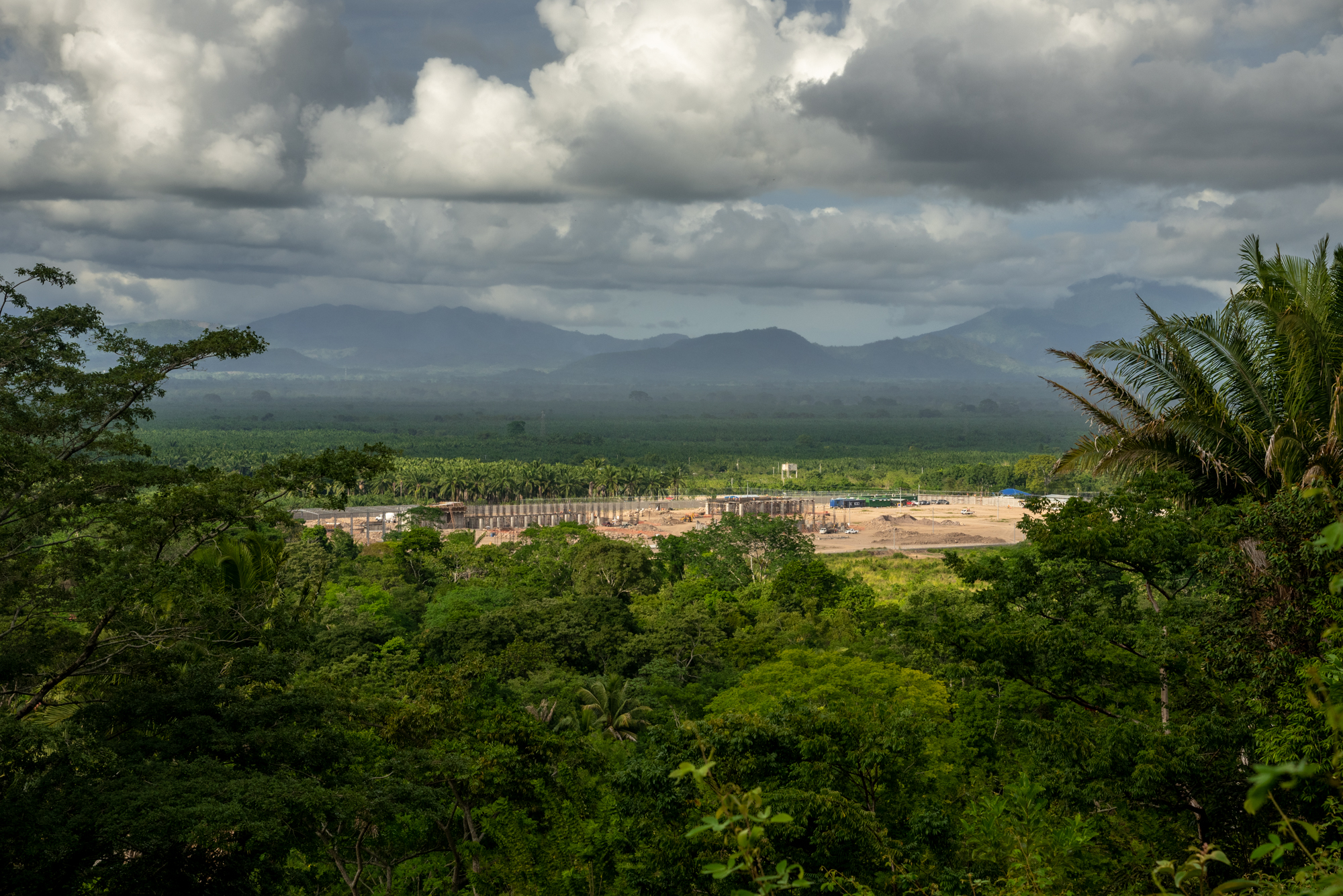 This article originally appeared in The Nation magazine

The mine can’t be reached from the gate along the road, which is guarded by soldiers bearing M-16s and a helmeted foreman with a shotgun over his chest.

So if you want to see the sprawling mineral extraction complex being constructed here in Honduras’s lush Bajo Aguán valley, you have to hike past El Guapinol, one of the villages many fear the mine will poison. You ascend a mud-sluiced path of boulders, passing a line of barbed wire to reach a grassy embankment. From there, you can see the excavators, the trucks, the rows of concrete pilings, and the gaping brown hole scraped out of the valley’s verdant floors. The mine, whose conjoining iron oxide processing factory is set to be the largest in Central America, hasn’t been built yet. But blood is already being spilled over it.

“We live in fear every day,” says Reinaldo Domínguez, a resident of El Guapinol, looking out over the construction site in the distance.

END_OF_DOCUMENT_TOKEN_TO_BE_REPLACED

WHEN THE ALARM WENT OFF at four in the morning, the world outside was limpid and still.

The backpack, already packed, lay propped against the wall at the far end of the room, a foam mattress pad protruding through it crossways and the boots set beside it with the laces unloosened. Milky prisms of moonlight in slipped through the windblown curtains. Far off, the distant rattling of motorcycles carried with a faint echo over the city.

For a few more seconds—or maybe it was a minute—I contemplated the prospect of going, absorbing stillness of the world outside. And without further ado, I slipped into the boots, threw my pack over my shoulders and went walking down the street, joyful if apprehensive, bound for the highest point in Central America.

END_OF_DOCUMENT_TOKEN_TO_BE_REPLACED 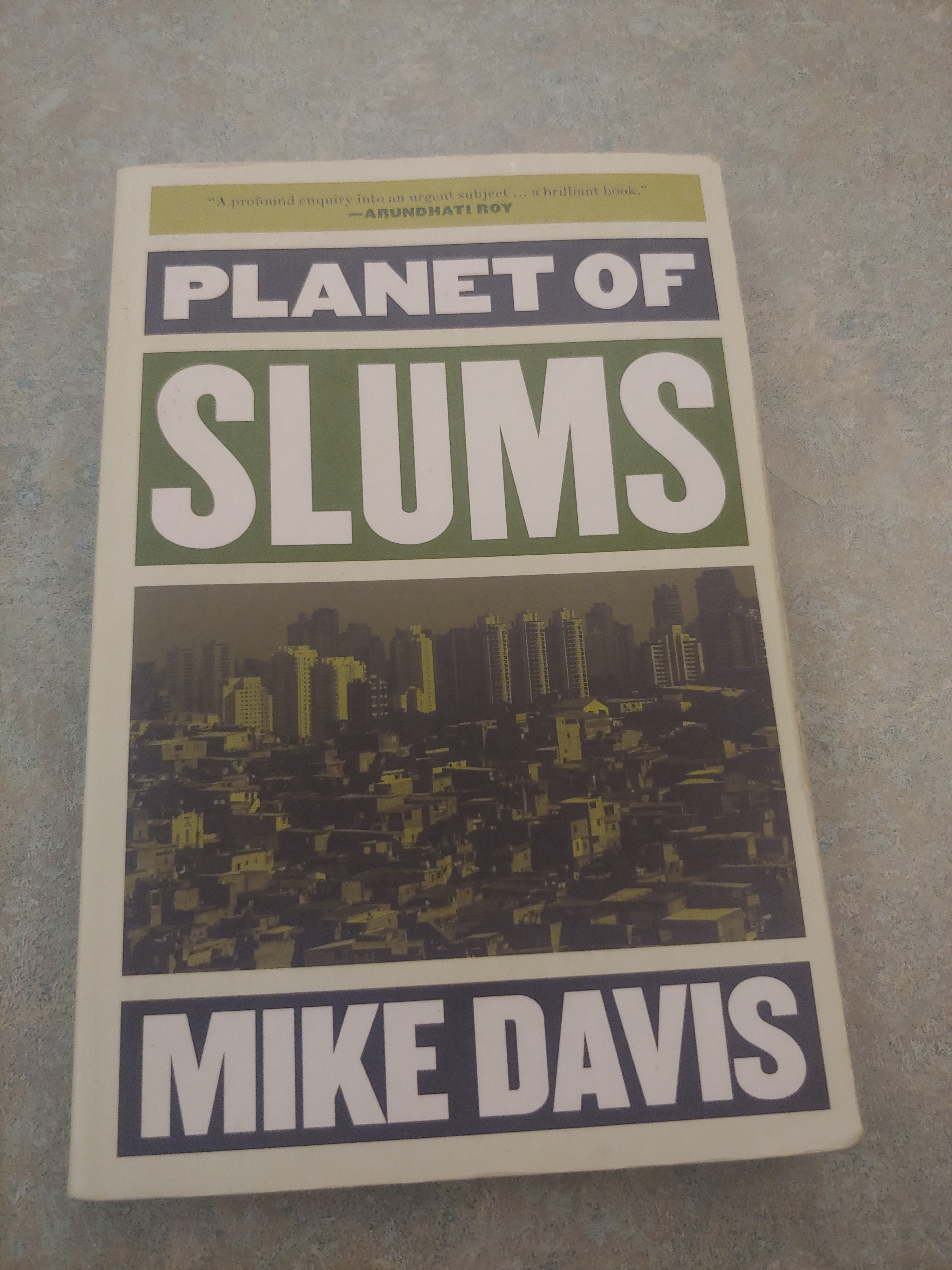 Planet of Slums, by Mike Davis

IN THE FALL OF 2012, when I was a freshman in high school, I took a class called AP human geography.

It was one of the most eye-opening classes I’d taken up to that point in my life—as well as the most depressing. Rooted in the global study of demographics, the class entailed discussing the breadth of human suffering, matters that provoke most people to drown their apprehension by turning on Netflix: overpopulation, poverty, environmental collapse. On one typical day, I remember we watched a documentary about overpopulation in Indian slums. The imagery within—dust-choked shanties, emaciated mothers, all narrated by a smooth British voice—was so depressing that, by the end of it, I was left despairing at the futility of human existence.

END_OF_DOCUMENT_TOKEN_TO_BE_REPLACED 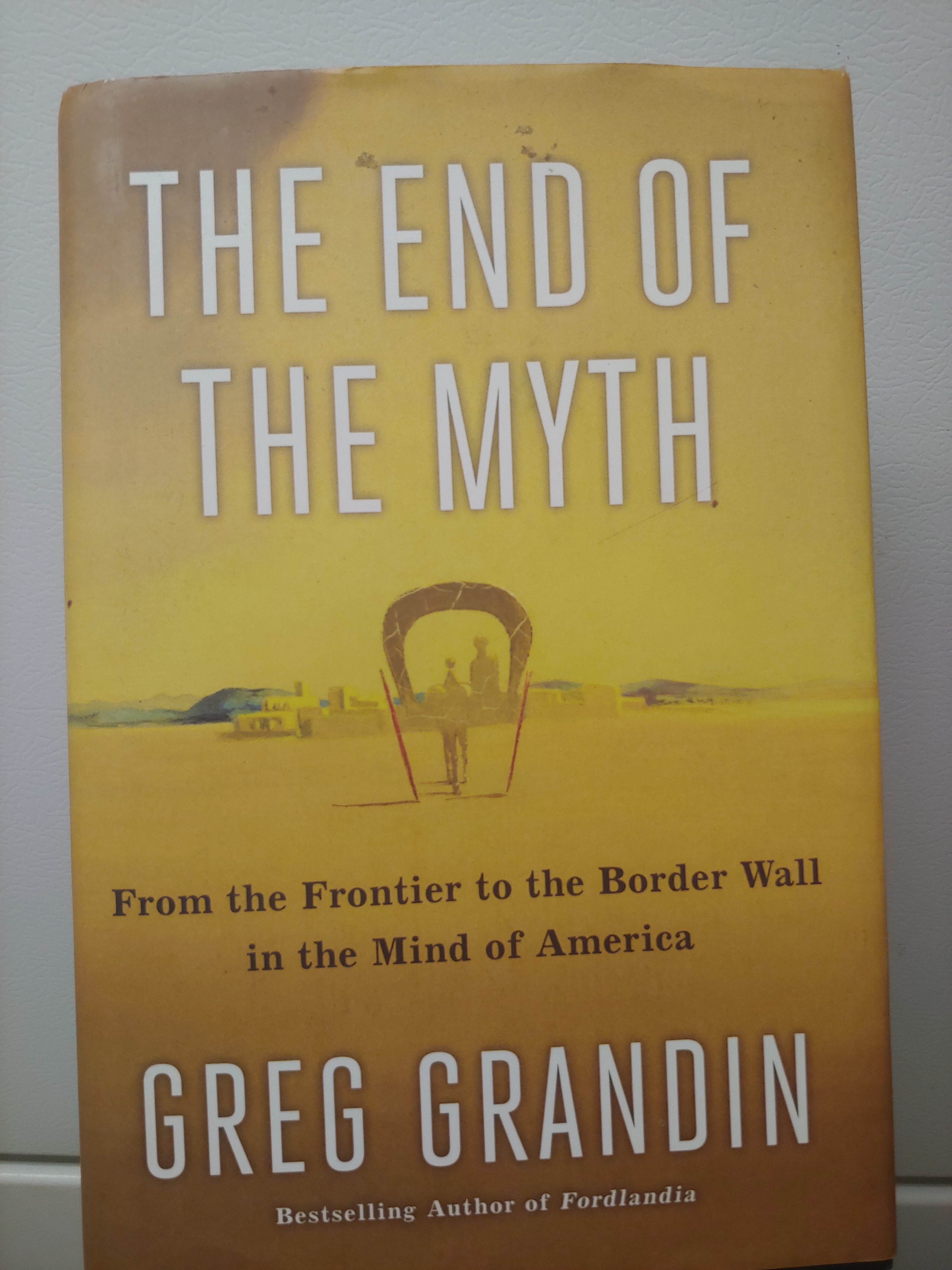 The video depicts a huddled mass of migrants, quiet, exhausted, several hundred in number, their eyes squinting dimly in the bright light of the camera. They squat in the creosote, heads bowed in defeat, coughing and shivering in the cold. All around them, men in green fatigues bearing AR-15s and thigh-strapped pistols saunter the group’s perimeter, examining the migrants with cold glances of suspicion and shouting the occasional command in poorly pronounced Spanish.

“How bad will we let it get,” a concerned female voice muses, “before we actually build the wall?”

Midway through the video, the crowd is ushered downhill at gunpoint to a cluster of Border Patrol vehicles. After the video cuts off, they’ll be shuttled to detention centers, locked in cages, and detained interminably before being ejected back into the cartel-dominated no-man’s-land of northern Mexico. They’ll have little protection once they’re dropped there, with no means of getting home nor knowledge of the whereabouts of their parents or children.

END_OF_DOCUMENT_TOKEN_TO_BE_REPLACED

This article originally appeared in NACLA.org

Manuel Zelaya, Honduras’ ousted ex-President, eases into the couch in the headquarters for his LIBRE party and lays out the opposition’s mounting insurrection.

This summer marked 10 years since Zelaya was overthrown in a US-backed military coup. The decade since has transformed Honduras, exacerbating the Central American nation’s preexisting social problems by turning it into one of the poorest, most violent places in the hemisphere.Since the coup, a junta of right-wing, billionaire drug traffickers has slipped into political power— including President Juan Orlando Hernández, who U.S. prosecutors recently accused of complicity in a drug money scheme to illegally fund his 2013 presidential campaign.