This article first appeared in the Flagler College Gargoyle. You can view the original here. 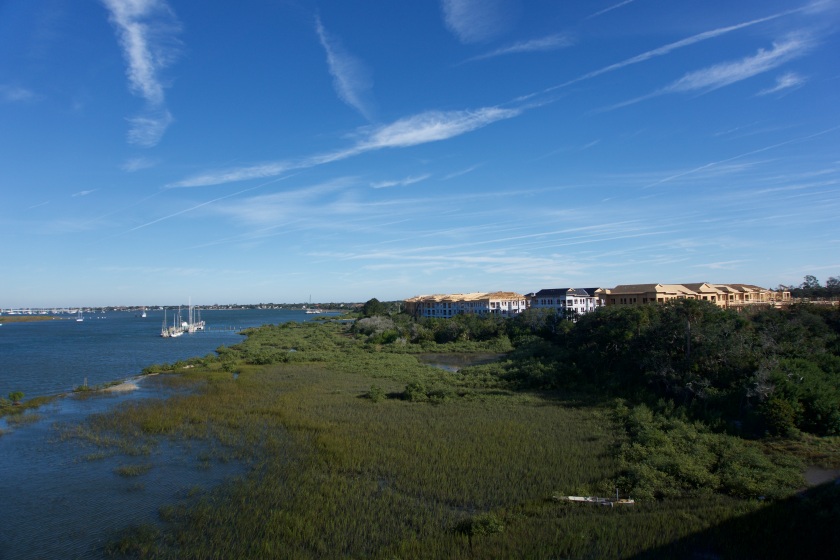 Behind the chain-link fence off State Road 312, hardly a stones-throw away from the Matanzas River, three caterpillar bulldozers amble in the sun.

Construction is underway for the Antigua Development, a sprawling housing complex set to overlook to Intercoastal Waterway—a fate which, within the next year, could befall the pristine Fish Island property across the road to the south.

“The first that I heard of the Antigua Development was when there were already bulldozers knocking down trees,” Jen Lomberk, the leader of a local conservation organization, the Matanzas Riverkeepers, said. “They’re building so close to the Matanzas that there’s a lot of precious marsh area that’s going to be destroyed now.”

Lomberk is one of many local residents who, shocked by the rapid construction of Antigua Developments, rallied to stymie a proposed 170-home development on the Fish Island property to the south.

In the initial proposal offered to the St. Augustine Planning and Zoning Board on 3 July, the real estate corporation D.R. Horton laid forth a plan for the Fish Island Planned Unit Development (PUD), which would’ve re-zoned the property to allow for the construction of single family homes. Doing so would lay the groundwork for the real estate company to purchase it from its current owner, Fish Island LLC. 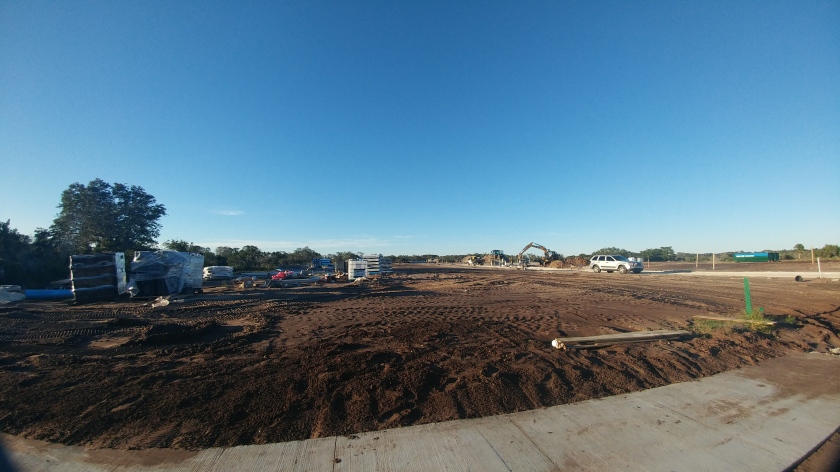 But residents were quick to create petitions and fill city hall in order to stop a second development from being constructed on Anastasia Island’s western shore.

“There was a tremendous outpouring of community opposition to the development,” Patty Scott, a local fisherwoman who now lives in Palm Coast, said. “Because we were organized and got a lot of people to come to the city meetings, we were able to stop it. People were very articulate, very passionate. People just see the property of Fish Island as too valuable.”

On a 7 August city council meeting, the St. Augustine Planning and Zoning Board, under pressure from local residents, voted unanimously to reject the Fish Island development. Though D.R. Horton failed to appeal for reconsideration by the zoning board within its one-month deadline, they are still free to buy the property so long as they develop only multi-unit townhouses on it. And they can wait a year to apply for another re-zoning of the property, if they so choose.

Even if Fish Island isn’t developed, many residents believe that habitat loss caused by Antigua alone is enough to induce a slew of environmental problems, ranging from pollution to flooding to habitat loss.

Adam Morley, an inshore fishing guide, ecotour captain and co-owner of Genungs Fish Camp, fears the habitat loss created by Antigua will be detrimental to his various wildlife-related businesses.

“Every square acre of marsh is absolutely essential in the vibrancy and overall health of the ecosystem,” Morley said. “And when we develop on these marshes, the life simply goes elsewhere. The predatory fish—the ones my fishing clients are looking to catch—simply go to other places where there are more baitfish.”

Many worry that the potential pollution from new developments like this could induce algae blooms, a fear that became more acute after a toxic bout of red tide swept south Florida earlier this year.

“We’re really lucky that we have as good of water quality as we have,” Lomberk said. “Compared to the rest of the state, we’re in really good shape here.” She says that this is due to the relative lack of developments along the Matanzas’ mostly marshy shores, which absorb toxins and pollutants like a natural sponge.

Many feel that the nature erased along Anastasia Island’s eastern shore will subtract from the aesthetic beauty that’s drawn so many tourists to St. Augustine in the first place.

“As a captain running trips in the ecotourism industry,” Morley said, “if we continue to lose the wild and natural spaces along our river, we lose a lot of what ecotourism is about and what our guests are coming for—and that is natural and scenic views.”

Jim McCarthy North Florida Land Trust has offered to potentially buy the land for preservation, an offer to which some residents have nodded with approval.

“I would love to see the land preserved as a park in perpetuity,” Scott said. “I think that should be our ultimate goal.”

McCarthy did not respond to the Gargoyle’s request for further comment.

Many say that the habitat loss—though its affects are hard to sense on the local level—is one of the gravest threats posed by the developments.

“The sixth major mass extinction is happening now, and the number one cause of that is habitat destruction,” Dr. Barbara Blonder, an ecologist and professor at Flagler College, said.

At the backside of the Antigua construction complex lies a gaping field of flattened earth where there once stood a grove of pine trees. The only thing protruding from the dirt are the occasional white PVC pipes: the plumbing for future homes. In the distance, a white egret labors up with its wings before slipping into a final redoubt of pine trees. And then it is gone. 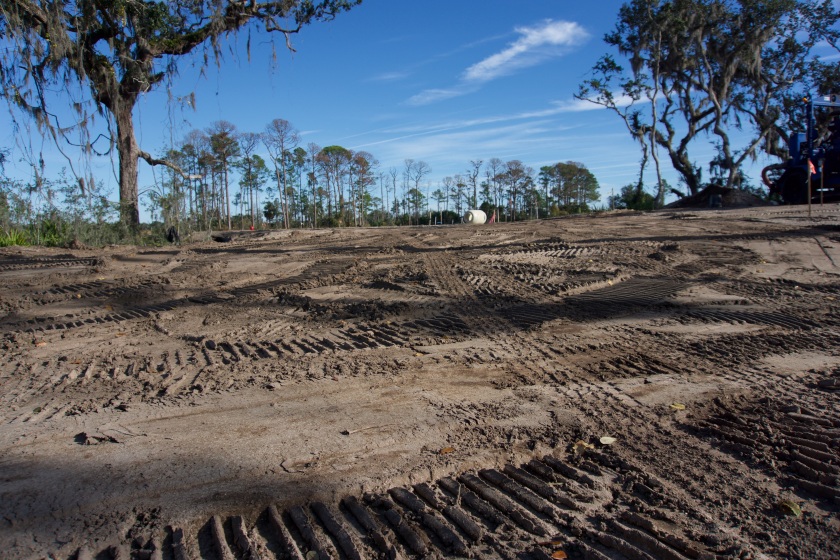 Jared Olson is a writer, freelance journalist, and former Pulitzer Center grantee with a current focus on the struggle for justice in Central America. View all posts by jared8796